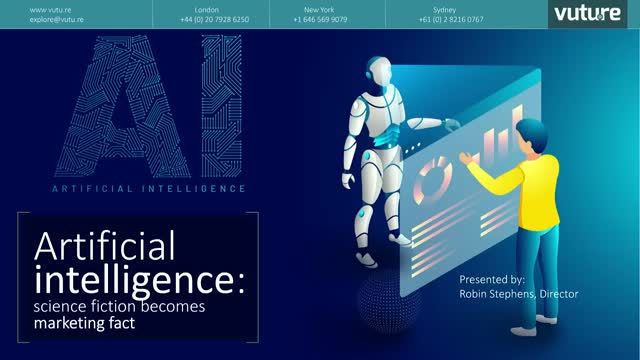 Artificial Intelligence (AI) offers enormous potential, but what about the ethical challenges? Ethics should play a much larger role in marketing than it does. It sits behind everything we do. Operating at the intersection between business, human decision-making and creativity, we should continually be examining our impact on the world. As Rory Sutherland puts it, “Marketing raises enormous ethical questions every day – at least it does if you are doing it right.” But we tend to not delve into them probably because it’s difficult.

Luckily, millennia of philosophical ponderings have given us some useful tools to explore ethical dilemmas. For example, the Trolley Problem is a common thought experiment to illuminate the ethics of utilitarianism, which is the philosophy that the ideal ethical action is to maximize “good/utility” or minimize “harm”. In this dilemma, you are standing at a train intersection. A runaway train trolley is coming down the track. If you leave it on the current track and do nothing, it will hit five people. As the illustration below shows, if you flip the switch it will divert to another track, hitting one person. Is it ethically okay to actively step in and kill one person to prevent a greater loss?

First year philosophy students’ pub conversations tend to then make the dilemma more spicy. What if that one person is a member of your family? Or if the five people are all in their eighties while the one person is a teenager with a whole life ahead of them? Or the one person is a world-leading cancer specialist on the edge of a breakthrough that could save millions? These thought experiments are designed to unpack and illuminate difficult ethical concepts, helping us apply ethics to everyday situations. One of the challenges with AI is that by the time things get bad, it can often be too late. We should ask serious, probing questions sooner rather than later

Science fiction is full of similar dilemmas. In 2001: A Space Odyssey, HAL 9000 – the onboard AI computer – holds the crew captive and ultimately tries to kill them for the sake of the mission. To survive, they must “kill” HAL. In Blade Runner, the test for replicants is whether or not they can react with the appropriate levels of empathy; however, as these bioengineered beings increase in sophistication, they become indistinguishable and the viewer is forced to question whether the replicants are moral agents in their own right (and whether humans’ treatment of them is ethical).
These stories are compelling because the evolution of AI forces us to look at previously unexamined parts of human life. A feature of AI is that it doesn’t operate like a human. It doesn’t get tired or distracted; it doesn’t suffer from subjectivity; and it doesn’t approach things with the same thought processes or mindsets. It can solve problems in ways that humans can’t fully comprehend.

This is where ethics comes into it. As nonhuman actors that think fundamentally unlike us are being asked to make decisions and take actions that affect us, there are very valid concerns around the possible negative or unintended impacts of AI. The cautionary tales of our science fiction could become scientific fact.

One of the challenges with such game-changing technologies is that by the time things get bad, it can often be too late. That is why we should be asking serious, probing questions sooner rather than later. Was HAL 9000 immoral in choosing to kill the crew? Or was it acting ethically, trying to follow its interpretation of its original coding? And by proxy, did the programmer of HAL 9000 do something unethical? And, if so, should they be held responsible? Indeed, did the crew break a moral code by killing a sentient computer just because they had differently aligned objectives?
AI and autonomous driving now mean that the previous Trolley Problem is a very live debate. A self-driving car needs to decide between steering left to avoid a person but potentially hitting others. Who should it choose? What data should it infer from? Should it be able to quickly scan the faces of people, run them against a police database and see their records? Or access their social media profiles and use that information to see if they have dependants? Should it favour drivers or pedestrians? How would you feel if you knew your self-driving car was programmed to kill you to save others? How about if you developed a “defensive driving module” that you paid extra for, but that increased your safety as a driver?

There are three useful components for looking at ethics in marketing. The “agency/author” of the decision, the “intent” that goes into it, and the “outcomes” that it creates.

Each component raises slightly different questions.
• With the agency/author, we should ask ourselves: who is creating? Who is responsible? Who is at fault?
• With the intent, we should look at the data and processes that the decision is based upon
• With outcomes, we should look at whether the use of AI is working as intended and the net result of the action. In short, who did it? What did they want to do? What actually happened?

Four common pitfalls to be wary of

Looking at intent and outcome gives us a framework for different ethical risks and how we should guard against them. If we map these into four quadrants, we get to some of the common concerns or challenges that we could face regarding AI ethics.

Taking steps to avoid the pitfalls

Even unpacking the problems we face in AI and marketing ethics can be complex. A spectrum of potential pitfalls means that this is not a simple task to resolve. However, there are some key principles that can minimize the risks.
Humans and machines working side-by-side
Having humans and machines working together can help to keep things on track. Unless it’s a clearly and safely defined system, having a human on hand to provide common sense guidance is invaluable. This should be an “oversight and augment” role. If the machine is able to do 90% of the task, the human can focus on checking the output and making sure that the final 10% works. Humans should be acting as the supermanager of the system, not just handing over control to the machine.

Ensure a diversity of data, teams and thought

The greater the diversity working on the problem, the better. Building a system around a single metric or dataset (such as a clickthrough) or building an industry around a monoculture (a problem that Silicon Valley is often accused of) can each lead to bias and unintended consequences. A diversity of datasets can help identify or dilute bias, while a diversity of individuals can ramp up the human safeguard from both a conventional diversity point of view as well as from a diversity of thought and opinions, ensuring a range of voices are in the room who aren’t all drinking the same Kool-Aid.

Build in safeguards, explainability and a “kill-switch”

AI developers and marketers should be conscious of building in safeguards. This requires working through scenarios and thinking the worst. A “pre-mortem” exercise, wherein you imagine all the ways that things could go catastrophically wrong, can help to outline potential pitfalls to guard against, which is useful when designing these systems and identifying what to look out for.

Another key component for technical algorithm design is explainability. This is a requirement of GDPR – and GDPR does a good job of litigating against many of the unconscious and unintended downsides of algorithms and AI in marketing – but it is also good practice. Being able to look inside the black box and check its decisions is critical. Furthermore, providers should build safeguards against people misusing marketing tech, by monitoring usage and building in a kill-switch that disables features if they are being used in problematic ways.

All of the above can only be achieved consistently if we start taking algorithm design and design ethics seriously.
Each company should have its own clear point of view on appropriate use of data, machine learning, targeting and dynamic creative in its working practices. This is sensible business practice that minimizes potential fall-out, but it is also the right thing to do. We likely have a skills gap of people who are both able to understand the systems we are building and have the frameworks to see how they are applied ethically. Taken together, these steps can minimize and prevent some of the worst ethical misuses.

At the end of the day, there will inevitably be continual challenges and concerns, but that shouldn’t be taken as a reason not to develop a new technology.
Looking at AI ethics is not a simple topic. While marketing uses will have lower stakes than other sectors, they are also more complex due to the nuances of creativity, persuasion and AI.
In the words of HAL 9000, “This mission is too important for me to allow you to jeopardize it.”
We can’t afford to just wait and see. But the good news is that by building the right safeguards, diversity and frameworks into everything that we do, we can shape the landscape for the better.