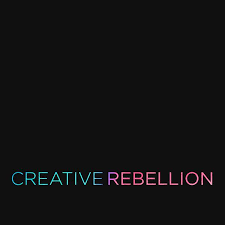 Creative Rebellion Essays: I can’t go on, I’ll go on

Creative Rebellion Essays: I can’t go on, I’ll go on

These are not normal times, we know this. Global pandemic. The country divided. Civil unrest. Working from home. However, humanity has endured plagues and social upheaval in the past. Our sense of scale, and what we consider “normal,” is often limited to what we’ve gone through in the duration of our lives. But this planet has dealt with worse than us.

Life on Earth almost ended 250 million years ago during the Permian–Triassic extinction event. This was way before the more well-known Cretaceous–Paleogene extinction event from 66 million years ago when an asteroid or comet slammed into our planet and wiped out two-thirds of the plant and animal species worldwide and ended the reign of the dinosaurs. No, the Permian-Triassic extinction event was much worse, with massive volcanic eruptions happening globally wiping out an estimated 90% of all life on Earth. Life on our little rock almost disappeared for good. But remarkably, life came roaring back, adapting to the evolving circumstances and breeding new life that was transformed into dealing with the ever-changing climate and terrain. It’s clear that life endures and adapts through the continuous pull and push between evolution (things organising) and entropy (things falling apart).
The point of the above is to simply illustrate that scale is relative. We can’t really fathom or relate to things that happened millions of years ago; our brains can’t easily extrapolate back like that. A long time ago for us is 10 years ago.

Getting things a bit more into our time scale, 2000 years ago, during the reign of the Roman emperor Marcus Aurelius, there was the Antonine Plague that beset the empire in 165 CE and continued to pop up over time. It was against this backdrop of pandemic and civil unrest that Aurelius wrote his famous Meditations as a personal journal to help him deal with what was happening. The emperor was trained in Stoic philosophy and it helped guide him as he dealt with wars and leading Roman citizens during a time of great uncertainty.
I often think about how strange it all is. In order to adjust to what is happening, we turn to panaceas: working out or drinking; religion or philosophy; food or sex; despair or positive aphorisms. As John Lennon sang, Whatever gets you through the night, it’s all right.

“You must go on. I can’t go on. I’ll go on.” ― Samuel Beckett, The Unnamable
I think Samuel Beckett caught the essence of life in his quote. It’s often considered existential but I find it hopeful. For me, it captures the essence of surviving and perhaps thriving. We have been given this incredible opportunity to exist. Whatever your personal beliefs, it’s pretty remarkable. We have bodies to move and minds with which to think. However, we spend such an inordinate amount of time dwelling on what we lack (physically, financially, emotionally) rather than on what we have and what can be.

“There is nothing either good or bad, but thinking makes it so.” ― William Shakespeare, Hamlet
I utilize a combination of Zen and Stoic philosophies when dealing with the day. I realize that even though I can’t control what emotions or thoughts run through my head at any one moment, I can remove myself from associating with them; that includes good feelings and thoughts as well. I can still experience the feelings or thoughts (positive or negative) but I don’t have to associate who I am with those passing and fleeting states of being. I certainly don’t need to impulsively move on them. However, if a thought or feeling continues to arise, then I will put attention towards it as it may indicate that I need to act on it. If you’re not happy with something in your life, don’t just stew and feel dissatisfaction indefinitely – take action and do something. Even the act of writing down your concerns helps. Then write down the potential jobs, ventures, projects that you truly have always wanted to embark on. Be brave and allow yourself to consider things that you may have thought unrealistic or childish. That’s where creativity lives. And that’s where life lives.

LIFE IS CREATIVE AND ADAPTS TO WHAT IS, RATHER THAN WHAT WE WISH WERE THE CASE.
We go on. – John
What I’m listening to: My Future – this amazing single about self-love by Billie Eilish just dropped yesterday (7.30.20) with a brilliant video (below). My daughter listened to it non-stop for 2.5 hours yesterday (no exaggeration). Billie is an extraordinary talent and we were lucky enough to see her in concert at The Greek a year ago.

Made of Rain – the first album from the post-punk band The Psychedelic Furs in almost 30 years. My wife and I took our daughter to see this amazing band a couple of years ago and they were as vibrant and rocking as ever. Lead singer Richard Butler looked like he was truly still enjoying performing for a live audience. The Furs were never quite punk nor quite New Wave. They always had a romantic sensibility and I remember the first time I heard India from their debut album, it blew me away with its languorous opening, building up until it launched into a tirade:
India, India, India, India, India
I’m American, ha ha ha
India…

If all you know of the Fur is Pretty in Pink, then I encourage you to check out their amazing discography. They influenced everyone from Interpol to The Horrors. The new album doesn’t break new ground but it does demonstrate that this band is still powerful and romantic to the end.

What I’m reading: White Fragility – by Robin DiAngelo. This book was super relevant to our times when it was published in 2018 but has even more resonance after the murder of George Floyd. It’s required family reading from my daughter’s high school for the summer. Highly recommended.

Written by John Couch – VP, Product Design at Hulu and author of “The Art of Creative Rebellion: How to champion creativity, change culture and save your soul”.

0
0   0
previous Brand marketing in a crisis: why you should be loud
next What does PR integration mean for marketers?
Related Posts