Home Brands Chiedu Ugbo: An executive with the Midas touch 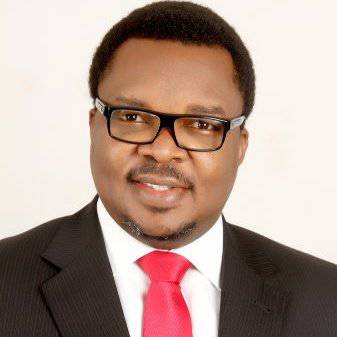 Chiedu Ugbo: An executive with the Midas touch

Chiedu Ugbo: An executive with the Midas touch

Chiedu Ugbo is the Managing Director of the Niger Delta Power Holding Company of Nigeria (NDPHC). Having been in the saddle for the past four years, Ugbo was recently re-appointed for another 4-year term by President Muhammadu Buhari. His re-appointment is a testimony and reward for the remarkable feats on a job many considered very tough. Though a trained lawyer who was called to the Nigerian Bar in 1991, Ugbo’s incursion into the energy sector began in 1999 with a review of the Lagos Enron Independent Power Project (IPP), which later moved to AES, one of the world’s leading power companies. His foray into the energy sector in the last two decades has seen him break new grounds and achieve remarkable feats.

In the last four years, Ugbo has brought a lot of finesse and zeal to bear at the NDPHC at a time the power sector is facing a lot of challenges. He dared where others trembled, made adventures where others pussyfooted. This has been the hallmark of his outstanding career, having worked in different challenging positions at different times of his career. His bravery and wits have brought outstanding progress and results everywhere he has worked. For someone who was used to the structured environment of the private sector, transitioning to the public service was, however, seamless for Ugbo. He has been able to navigate the landmines of public service with aplomb and élan. He always seems to have a magic wand that turns everything he touches to gold.

At the NPHDC, Chiedu, as he is simply called, became a shining light that has propelled phenomenal growth at the company. He has been the driver of the many reforms and projects going on at the power company. NDPHC under Ugbo has made invaluable marks in the generation, transmission and distribution value chains of the power sector.

The debonair chief executive’s tenure has also witnessed the activation of many National Integrated Power Projects (NIPP) like the acquisition of gas assets. Some of NDPHC’sgas stations are located in Calabar, Benin, Alaoji and Egbema.

Ugbo is a legal practitioner and infrastructure regulation specialist with extensive experience in advising clients on electric power and gas-to-power, sea port and other transportation modes – including sector reforms, privatization and commercialization, concessions, project development and off-take agreements. His specialties include Electric Power and Gas, Infrastructure, M&A, Privatisation, Public-Private Partnerships.

Prior to his appointment, he was the senior special Assistant to the president on Power Privatisation in the office of the Vice President. He was also the Acting Head of the Advisory Power team in the Vice President’s office. He is an electric energy law specialist with over 28 years post call-to-bar experience. He has worked on the electricity industry reform, power project documentation and privatization. He served as an embedded legal consultant to the Bureau for Public Enterprises (BPE) where he assisted actively in electric power reforms and negotiating and concluding several successful privatization transactions.

He also acted as a counsel in the transaction advisory team to BPE where he actively participated and coordinated the legal work stream for the privatization of 20 successor electricity companies created out of the erstwhile utility in Power Holding Company of Nigeria Limited (PHCN). He was also involved in the corporate restructuring of the electric power plants and assets by the company.

Prior to his stint at the presidency, he was engaged under the USAID Power Africa Transaction and Reform Program(PATRP) as an embedded adviser to the Nigerian Bulk Electricity Trading Plc(NBET), providing legal support on electric power  agreements for different fuel sources and the related credit support documentation

Before then, he was a partner at the law firm of Benchmac & Ince, providing legal adviceon Electric Power and Infrastructure Development. He also worked as a senior associate and Head of Commercial Law group at the law firm of George Ikolie & Okagbue.

This outstanding executive holds a Bachelor’s degree (L.LB) and a Masters of Law (LLM) both from the University of Lagos. He also holds a Diploma in International Law Practice from the College of Law of England and Wales; a Certificate in Electricity Industry and Restructuring from the Canadian Energy Research Institute, Calgary, Canada. He also has a professional certification as a certified regulation Specialist, from the Institute for Public-Private Partnerships, Washington, D.C, U.S.A..

Ugbo is happily married with children