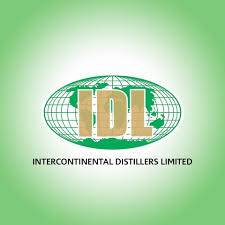 Intercontinental Distillers Limited (IDL) has announced that it would be sponsoring this year’s Felabration through one of its leading brands, Chelsea London Dry Gin. The annual week-long festivity is organised to commemorate the life of the Afrobeat legend, Fela Anikulapo-Kuti.

Unveiling plans for this year’s festivity, founder and Executive Producer of Felabration, Yeni Kuti, revealed that this year’s event will be a virtual one, adding that it would hold beyond the typical one week schedule.

“Felabration 2020 is going to be mostly virtual and plans are already in the works for it to happen.” As part of its 2020 plans, organisers of the event have revealed a new design, logo and theme for this year’s edition tagged, “Fight to Finish, Fight to Win”.

Annually, the music fiesta which holds at the New Afrika Shrine brings together lovers of Afrobeat and fans of Afrobeat maestro, Fela Anikulapo, for a week with an assortment of events, including workshops complemented by performances from some of Africa’s biggest stars.